I headed down to Taos Ski Valley for my first ever Freeride World Tour Qualifier 4 Star event with a bunch of hooligans, better known as my teammates, from the Western State Mountain Sports Big Mountain Team.  Conditions were not good when we arrived for inspection of the venue, but the forecast called for snow for days.  After months of promises this winter, the forecast sounded like more of the same.

We woke up to a pleasant surprise as it was nuking, but that came with its own set of problems.  Taos Ski Valley is a rocky place, and the foot of new snow now meant we couldn’t see the sharks lurking just below the surface.  Adding to that was the problem of visibility.  It’s hard to judge a competition that you can’t see.  The organizers did the best they could with a “split judging” format where some of the judges took positions on the upper part of the venue, while others remained at the bottom.  Realizing they would be running competitors intermittently between squalls meant there was no way to run all the groups on Thursday.  They cut the men loose for the day, and we took full advantage! 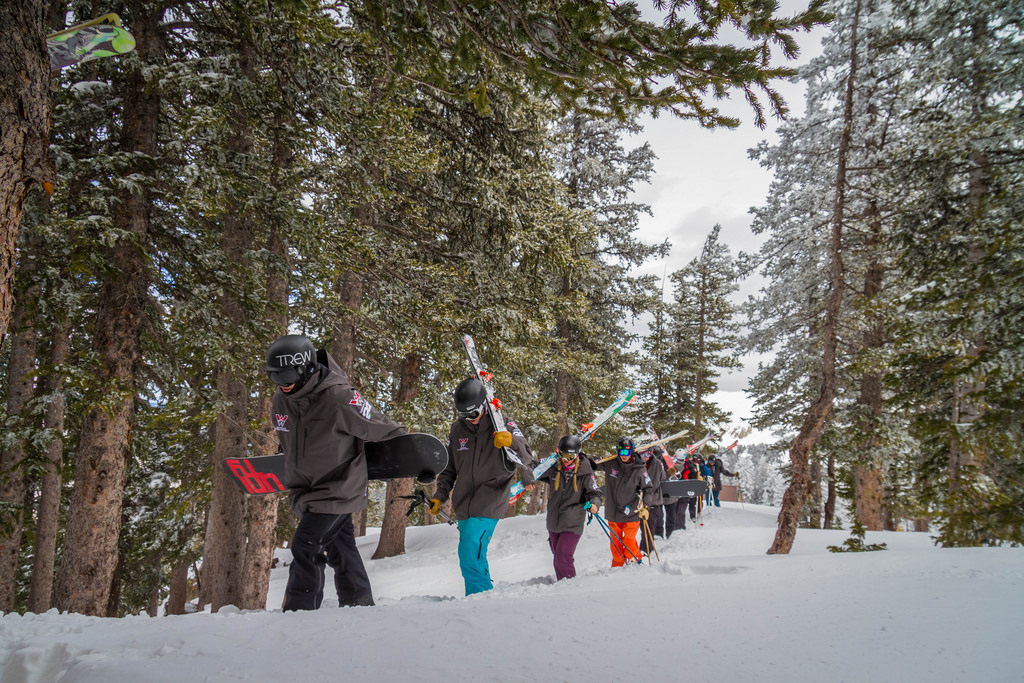 With more snow overnight, the venue was really shaping up now.  What a difference a couple of days can make when you’re experiencing a 100 year storm cycle!  An intended early chair load slipped past as Patrol worked diligently to control the venue for potential avalanche hazards.  A quick inspection lap and the men were up.  Limited visibility, variable snow conditions and hidden sharks made for challenging runs.  I caught a shark as I sent my final air, pitching me forward and spoiling my clean landing.

My disappointment at missing the cut for the finals was short lived as we awoke on Saturday to the deepest conditions of my life!  The combination of super deep pow and ripper skiers and boarders made for high stoke all over the mountain!  But it wasn’t over yet.  Piling into the van at the end of the day, completely worked, we sped back to Gunnison in time for a foot of fresh at Crested Butte Mountain Resort!

This turned into one of the most memorable weekends of my life.  I can’t wait for some more snow!  Winter isn’t over yet!