A Calm Before the Storm

The last week had been a lot of fun. Adam made is way over to Tahoe from Vegas to come ride for a few days and we were able to get out to Emerald Bay for him to see a bit of the scenery as well. We hadn’t had much snow so decided to get around to Northstar, Heavenly and Kirkwood while he was here and at least get a taste of what they all had on offer. Northstar was the pick as they’d had a little bit of snow and had enough park features set up along with a couple of kickers to help get back into the swing of things as far as jumps go.

The night before Adam left we decided to head out for a few drinks and a bit of shuffleboard at Whiskey Dicks. A favorite bar here of Joel and mine. Shuffleboard was on the house as the coin slot was broken. That set the tone for the rest of the night.

We tucked in to a few drinks sitting at the bar and had plenty of laughs. It was really cool to have another guy around to share the laughs with. The jukebox was fed and there was plenty of talk about the riding, expected snowfall (a particular favorite topic for Joel, as he’s constantly monitoring the snow reports and updating us on the changes made to the predictions online).

Adam awoke the next morning at 5:15 am to get ready for his shuttle off to Reno. To say he was feeling worse for wear would probably be an understatement. It kinda sucked as far as his luck went that we didn’t get much in the way of snow. Especially given what began happening Friday evening…

The stars disappeared and the flakes slowly started falling. Soon after you could barely see a thing for the snow. We’re living at around 6000 ft. Tahoe Level. In the space of about an hour we saw between 1 and 2 inches of snow just where we were. Needless to say I was excited. Heading to bed though, I guess I kind of figured it to stop at some stage overnight.

We got hammered with snow. 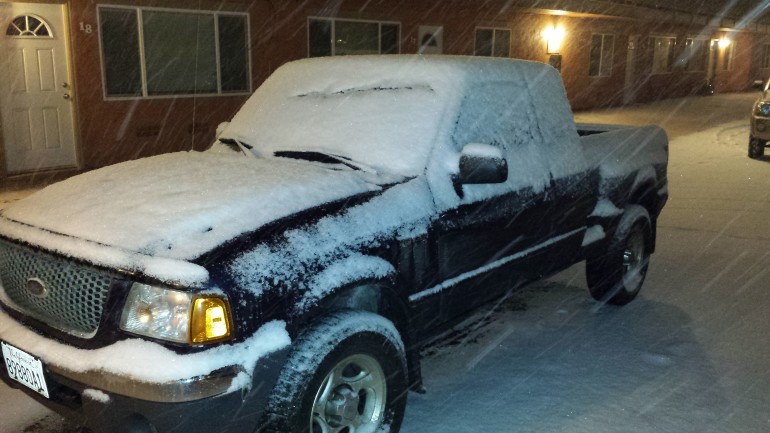 I came out to our complex car park to find our truck buried in snow. The tray in the back was filled past level, there was well over a foot of snow stacked on top of the roof and snow had swallowed the whole area.

It was bedlam heading to the gondola this morning. Cars had skidded into the snow dumps in the middle of the road formed by the tireless ploughing efforts which no doubt continued all through the night. 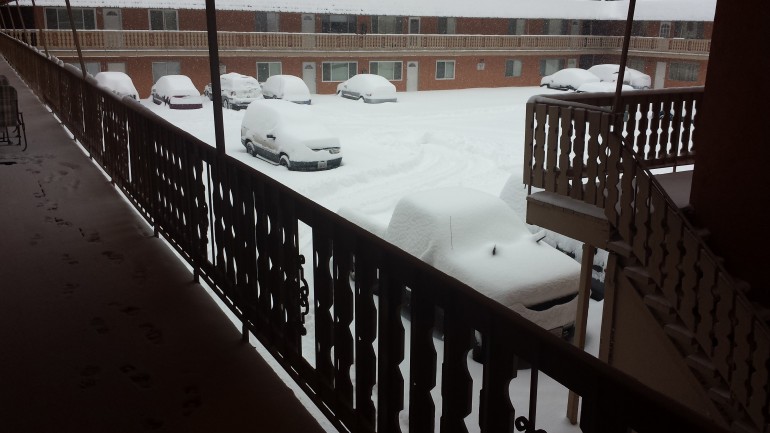 Heavenly recorded a total of 24″-30″. Kirkwood was the recipient of a massive 36″ fall overnight.

The riding was super fun, plowing through some super fun lines in some of the softest snow I’ve ever ridden definitely brought the smile out and has me really excited to get out and do it again.

My brother turns up in a little over a week and I’m super excited to head out and strap in to ride with him again – it’s been far too long! 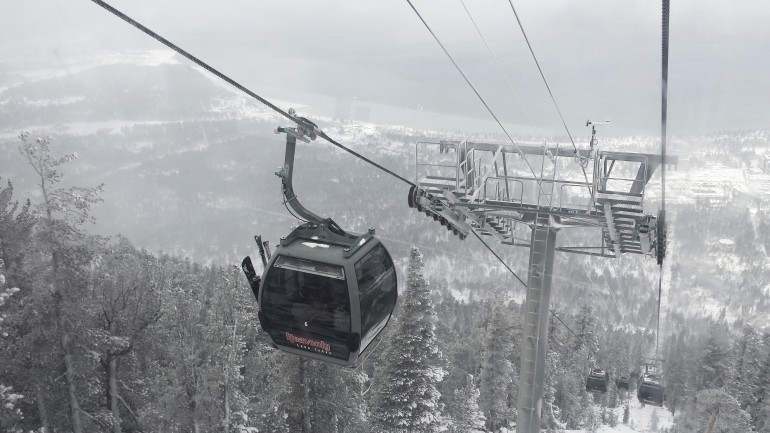 28. Canadian born. Lived in Australia most of my life. Avid photographer, restless wanderer. I love the outdoors, mostly into mountain bikes and anything on the snow. 2013/14 Snow season in South Lake Tahoe, California.
Website: http://www.grahamgee.com
Read More Posts By Graham |
Follow: