Surfing with Dolphins at Catlins in Curio Bay

I was just recently in the South Island of New Zealand in area known as the Catlins and we took a stop in Curio Bay. This area is known for their perfect surf, and large petrified forest. Little did we know that we would be surfing with some of the best surfers in the world, dolphins! 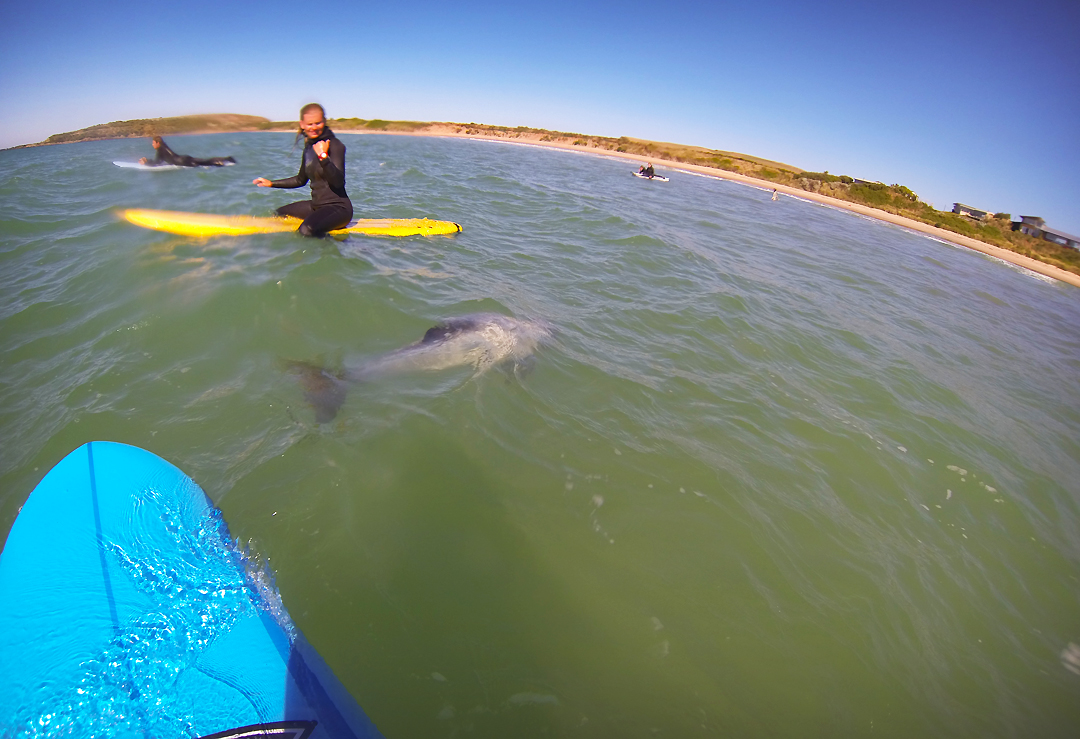 The surf shop was built out of an old small semi truck parked right up the beach from our campsite. With the cold waters we suited up in full wetsuits that made us look like our local penguin friends. For the cheap price we paid for our gear we got an unexpected bonus of spending up and close time with some Hector Dolphins. These dolphins are some of the rarest in the world and are only about three feet long with beautiful stripes on their bodies. We rode waves when we could but the magic in seeing these dolphins surf the same waves we were was something rare and unforgettable, not to mention distracting. I think I ate more salt water than wanted with how much smiling I was doing.

If you ever make it to the South Island of New Zealand make sure you go surf at the Catlins Surf school in Curio Bay.

Roots grounded in Michigan, but my love of life has sent me around the world to see what life really has to offer. I love dogs, mountains, soft pretzels, fresh POW, and any music that makes you get out of your seat and boogie. Beautiful places that I've seen will always be vivid in my memory but the people I have met along the way is what continues me to be STOKED on life.
Read More Posts By Grace |
Follow: