Free Falling on a Rubber Band in Queenstown, NZ

Queenstown, New Zealand is known as the adrenaline capital of the world for the wide range of activities from paragliding to jetboating. However, there is one thing that started in Queenstown and is considered a must when you visit there… BUNGY JUMPING. We decided that since it was our first day there we should get it over with rather than being nervous the entire stay. We booked it right before we went to bed so naturally I was very nervous and didn’t sleep well.

In the morning we walked to the center early to catch our bus to the bungy spots. They made us sign our life away, wrote a bunch of markings on our hand, and we took the most quiet shuttle with a bunch of terrified faces all around us. We got to the first place, which was the Kawarau Bridge, known as the first commercial bungy jumping in the world. Fortunately for me, I got to watch Grace get ready first and go through the prepping. After the video we watched, she walked over to the bridge where a couple of guys got her set-up and I nervously awaited for her. She was the first one of the day and had a nice crowd watching her. After they counted down from 3, Grace did a beautiful leap with her arms out and no hesitation. After a free-fall of 43m (141 feet) she almost grazed the turquoise water of the river below. Yelling and laughing the entire time I was impressed, however the chills overcame my body because I knew that I was up next. 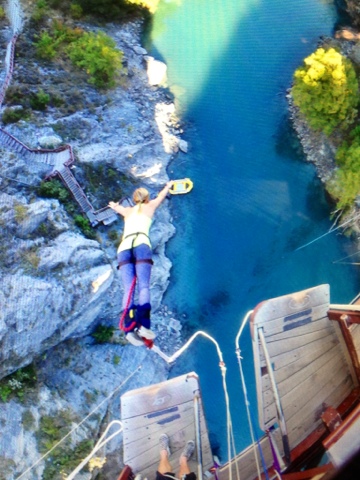 I did a different bungy nearby up in the Nevis Canyon which was also where we did the canyon swing. Once we got to the top I was hooked up with my harness and brought in a little cable car over to where the jump site was. We got into the pod, they put me in this little chair and strapped me up. They walked me over to the ledge and my heart began racing like crazy, but I knew hesitating would make things worse. After the countdown they gave me I jumped right away and began my 8.5 second free fall of 134m (440 feet). I don’t think that I have ever screamed that hard and once I got pulled back up from the bungy I could do nothing but laugh. I got to the top still shaking, but felt safe, until I realized that we were doing the canyon swing next. We walked around the corner down a skinny bridge to the canyon swing were Grace got her harness on and was ready for more. 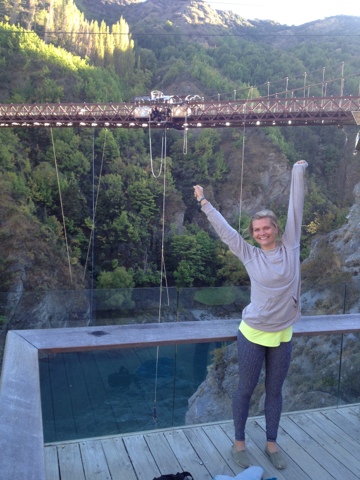 The Nevis Canyon Swing is the largest one in the world, you start by free falling 180 feet (60m) then the harness catches you and you swing 900 feet (300m). Grace went first and as she was hanging ready to fall an employee ask’s her, “would you like a countdown?” She replies “yes” and he tells her to wave to me then “DROP” she is gone and all I see is a yellow spec flying through the air. She came back with a big smile, then it was my turn. I got a similar treatment but I think I may have been more prepared.

It was an amazing experience and once we got back we walked around Queenstown enjoying the city and paragliders flying through the air. Queenstown is an entire city with the Spread Stoke mentality and should be somewhere that any thrill-seeker needs to make it to. 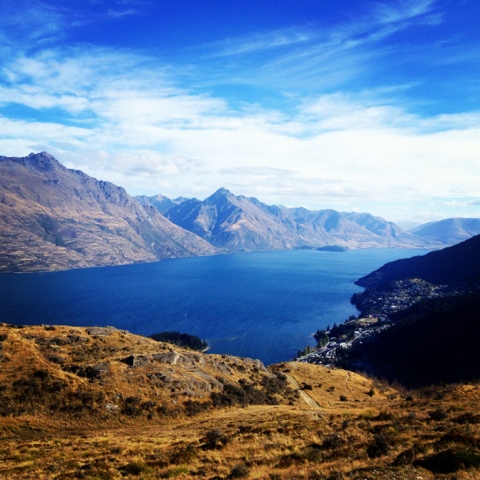 Born and raised in the land of beer and cheese, I spent my summers out on the water and winters skiing on landfills. After skiing the same three runs for fifteen years, I gravitated out to Utah to go to school and get a degree in faceshots. I love doing anything outside with my biggest passions being skiing, sailing, hiking, and crunchy phestivals. Go Pack Go!
Read More Posts By Jon |
Follow:

One thought on “Free Falling on a Rubber Band in Queenstown, NZ”