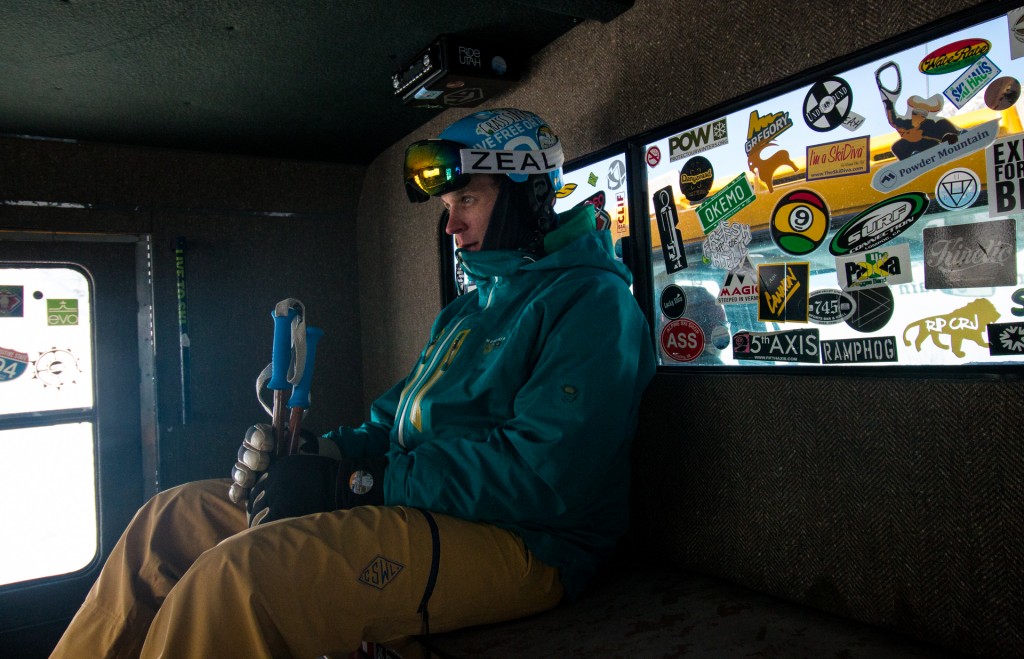 Dave riding on the Lightning Ridge cat at Powder Mountain on his way up for another lap.

Despite losing his way during his 20s, Dave Rosen never lost his love for skiing. Sober and motivated, Dave is determined to make up for lost time.

Dave reached out to me a couple years ago, and we agreed to meet at Powder Mountain, Utah one day to see if we had the chemistry to make a good working team.  I was blown away by Dave’s abilities as a skier, especially his eagerness to hit big jumps off piste, but even more so I was impressed by his professionalism and desire for perfection. That first day of skiing together went so well that we’re been working together regularly to create photo and video media.

Over time Dave told me how his addiction to alcohol had taken over his life, but how he’d been sober for several years after finding his way through Alcoholics Anonymous.  I thought he had a story worth sharing, but I didn’t want to simply shoot a “talking head” documentary.  I approached him with the idea of this video with a voiceover, no obvious interview, and the video stylistically being divided into two parts.

Dave embraced the concept and over several days we were able to get a lot of great shots in the park and off piste at Powder Mountain.  I don’t normally shoot in the park, so it was a fun challenge doing multiple laps shooting various angles in slow motion and with the camera stabilizer in an effort to best show Dave doing his thing.

We’re looking forward to this season, and we already have plans to shoot throughout Northern Utah.

Chris Morgan is a videographer based out of Ogden, Utah.  You can view more of his work at www.twosherpas.com and on his Instagram feed @chris_twosherpas