Last week I joined up with some of the SKILOGIK crew at Snowbasin Ski Resort during a WWSRA demo day.  Despite temperatures more reminiscent of early Spring than mid-February, Dave Rosen and I headed out early to see what snow had fallen overnight at the upper elevations.  Most skiers were there to try out a wide range of different skis, so they were loading onto the Needles Gondola for a quick ride up, and a fast ride down run, back to the base area.  We had other plans.

Hopping on the JP chairlift we separated ourselves from the crowd.  We then rode the empty Mt Allen Tram that dropped us off at the top of the ski area (approx 9,300′ elevation).  We were thrilled to see a few inches of untracked snow, sub-freezing temps, and an overcast sky to keeps the temps down — we threw on our skis, took off, and enjoyed the best snow conditions we’d seen in a week. 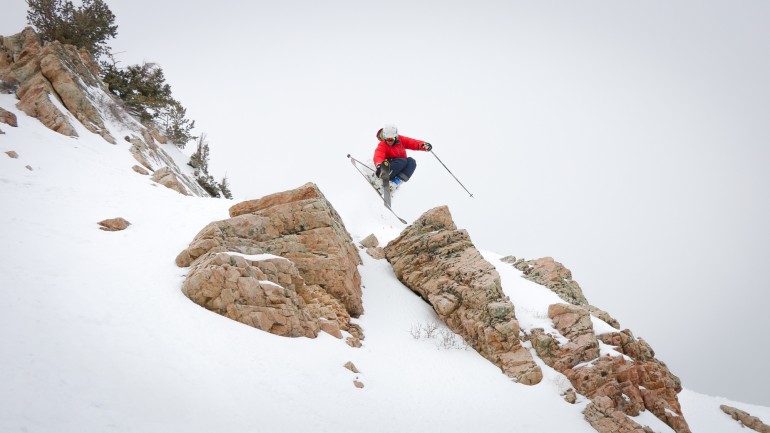 We did six laps back down to the tram before we headed back to the base to grab the others.  During one of the rides up the Tram, Dave commented how shocked he was that we’d only seen three other skiers, so it was like having the place to ourselves.  “Better lucky than good is what I always say.”

The clouds kept moving up and over the mountain in waves, so visibility kept alternating from poor to spectacular.

We stuck to the upper elevations and took advantage of little stashes of goodness we could find. 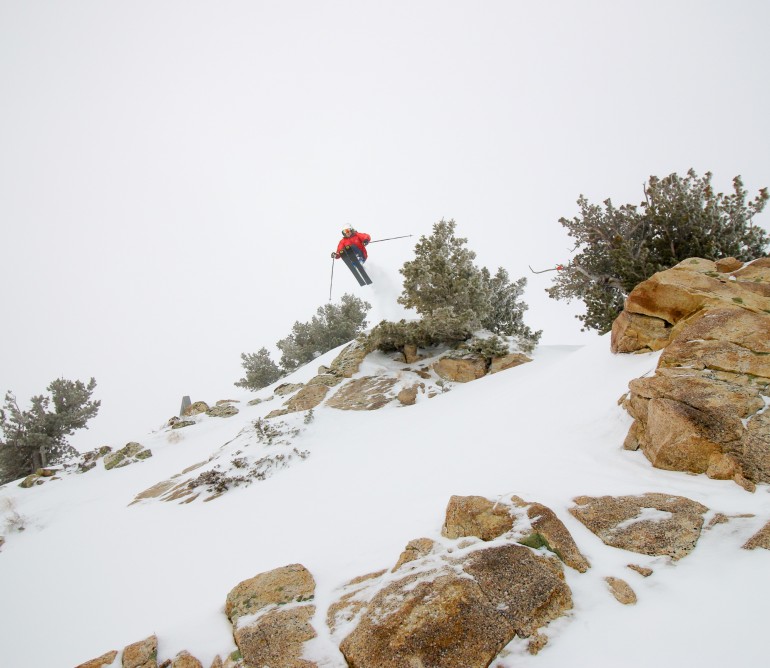 Dave during one of his standard launches. 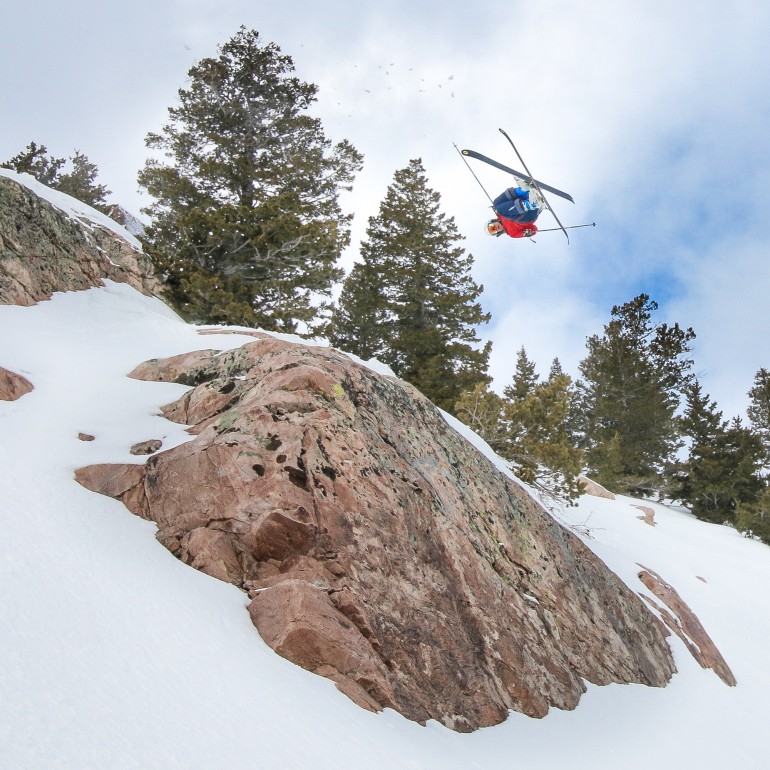 Dave Rosen throwing a Cork 7 off a natural wind lip above a two stage drop.

Skylar sending it with the barren mountains as a backdrop. 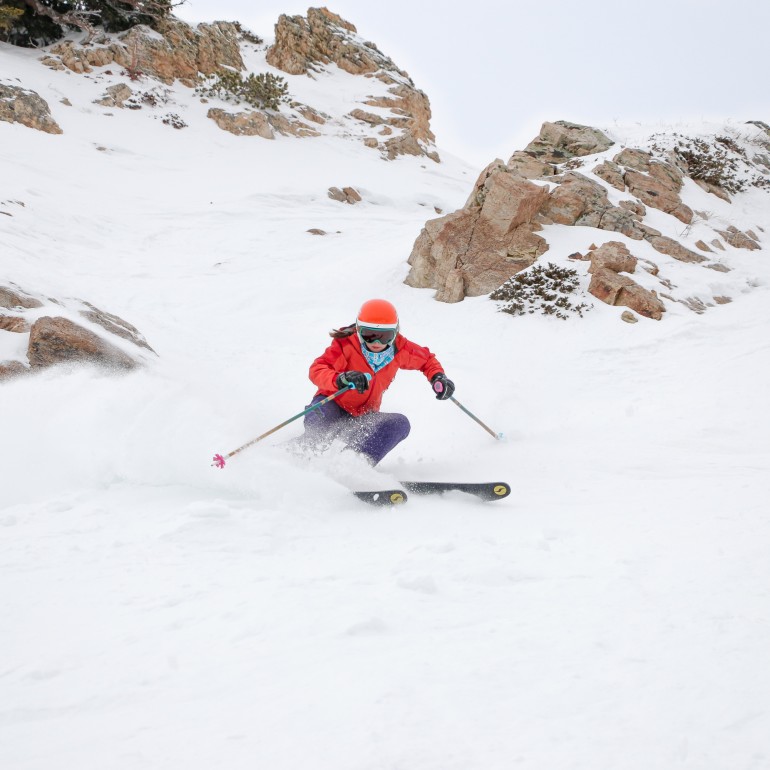 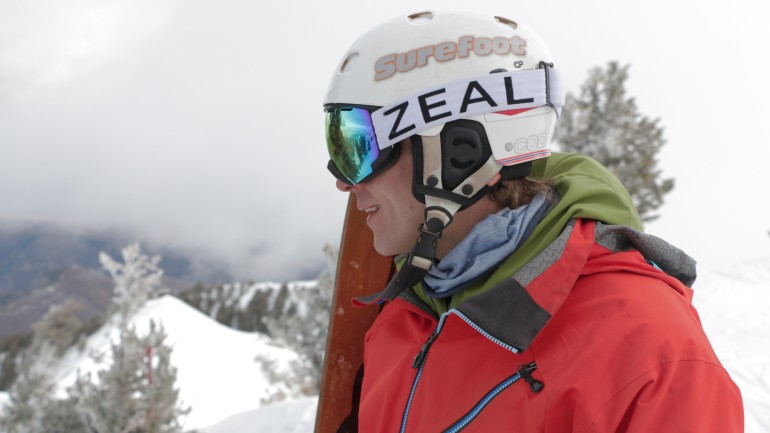 Dave enjoying the views after a great day of skiing.  Now let’s pray for snow and some good ol’ Utah Powder!

Thanks to SKILOGIK, ZEAL Optics, Surefoot, and Snowbasin Resort.