Winter 2017 has been one to remember.  From record snow for the month of December and great skiing all around.  Having been able to take trips to Jackson Hole and just skiing around the Wasatch has been amazing.

I started off the season with a badly sprained ankle and hadn’t been able to do much for the previous three months.  Despite this I was able to ski opening day up at Alta, which had some pretty good snow.  Thankfully my PT cleared me to ski the next day.  I was only able to ski 2 or 3 more times before I headed back home to Michigan for Christmas.

Leaving Michigan, some friends and I headed out to Jackson Hole for new years.  We made the 24 hour drive and got in at 5 am on December 30th.  Then next day we hiked headwall for some good snow and fresh lines.  New years in Jackson is always a riot, from loosing a few of our group on the way into town to being one of a probably 100 people trying to get a cab home that night, puking in a bar bathroom and rallying afterward, it was an overall memorable night.  No skiing was done on January 1st, but we ended up playing hockey on the outdoor rink in Wilson for about 3 or 4 hours instead (me in my figure skates of course). 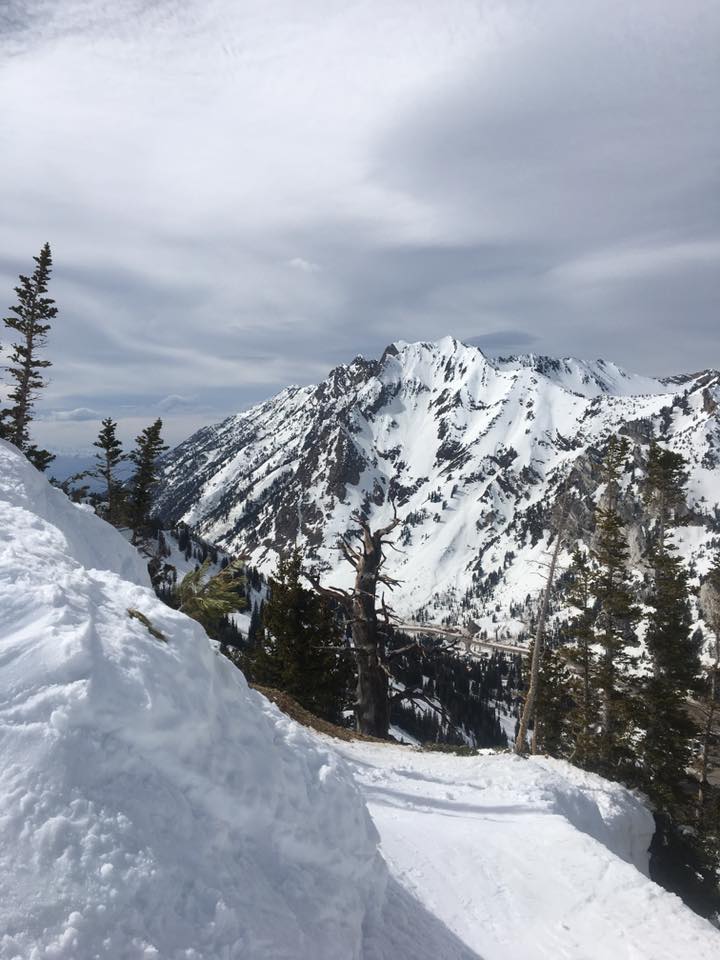 We spent two more days in Jackson, hiked headwall again, some people skied Corbets, and we got fresh snow each night making the days of skiing amazing.  I then heard of a storm hitting Salt Lake and the Cottonwoods over the next few days.  So we packed up and headed down to Utah to follow the storm.

We skied two days at Snowbird, were some of the 1st ten people let into mineral basin when patrol opened it up, and got to ski over 20 inches of fresh, untracked powder.  We were also able to sneak into the hot tub at Snowbird after skiing which was a perk!

I also decided to take a class this semester, called Snow Dynamics and Avalanches, that involves learning all about snow science, avalanches, and ski touring almost every Friday!  Later on in January another storm hit the Wasatch and I got to ski a weekend with knee deep fresh snow, and was getting face shots on most turns (which I guess isn’t that hard as I am only a little over 5 feet tall!).

After a few weekend of skiing Alta, I headed back to Jackson Hole to ski with my family over Prez weekend.  I ended up getting in around 11pm, because of my snow and avy class earlier that day and it was snowing all night up in Jackson!  We skied almost all day Saturday, with runs through the Alta Chutes, Bivouac woods, Central Chutes, and of course Rendezvous Bowl.  We went slightly easier Saturday, as my mom, brother, and I were being taken backcountry Sunday!  Sunday morning, we got to the tram line around 8:45am and there was already a 2-3 tram wait.  Once we finally made it up the tram, we went through the first avalanche control gate, and down into cardiac drainage.  The first run was almost too good to be true!  And the next few runs were just as incredible!  Fresh lines, getting a workout skinning back up, then fresh lines again.  There was good, about boot to knee depth powder, and snow of the best snow I have ever skied!  We ended the day skiing down and out through Rock Springs and getting a couple pitchers of beer at Nick Wilson’s (not a bad way to end the day!).  Despite being sore and tired, we got up and skied the next day.  The snow, even inbounds, was great.  Alta 1 was great, Rendezvous bowl was great, all runs that day were amazing! 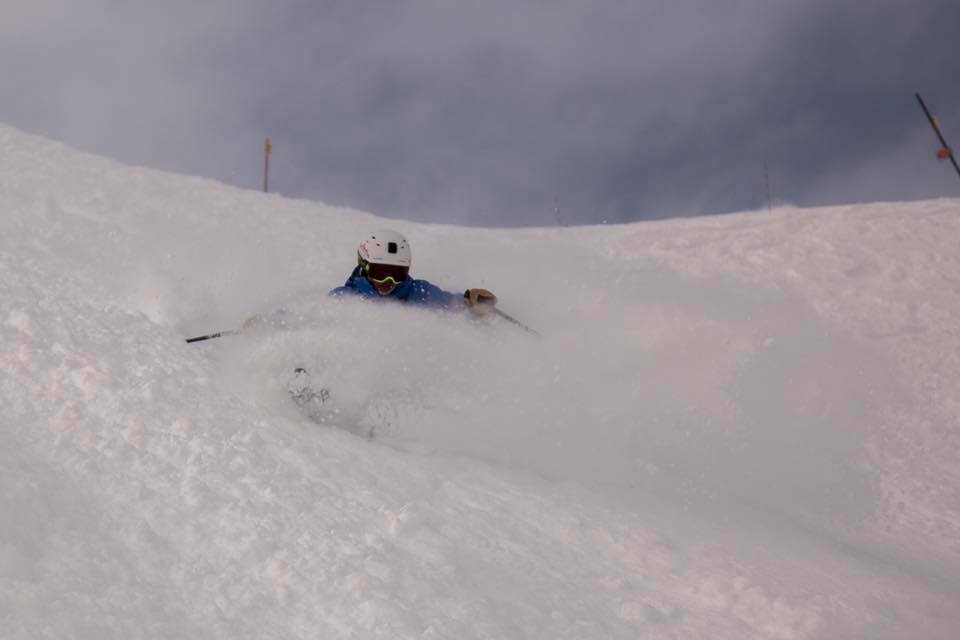 This now brings us to spring break, and it was very much spring skiing!  I skied most of the days, and it was 50 degrees out, sunny, and the snow was mashed potatoes! I skied Alf’s High Rustler for the first time in a while and I hit a new personal speed record: 75.3mph.  I also skied in my Red Wings jersey a few of the days because it was so nice out!  This was also week 10 at Snowbird, where my uncle knows a lot of old time Snowbird skiers.  I got to meet some really awesome skiers and people in general and had some pretty awesome home cooked meals.  One even got me to try and like a lot of different white wines, even one from Austria!

Our last field day for Snow Dynamics and Avalanches was this past Friday.  We went on a ski tour up Big Cottonwood Canyon, my first time skiing backcountry in BCC.  We worked on route planning and how to safely travel in avalanche terrain.  It also helps that we got to ski some pretty awesome snow on the way back down!

The skiing wasn't very good in Michigan so I moved to Utah :) A figure skater, sailor, skier, and ultimate frisbee player who loves hiking and camping. University of Utah Geophysics and Atmospheric Sciences
Read More Posts By Jacky |
Follow: