Hanging out in the Whiteroom at Little Cottonwood

Last week the Wasatch was pounded with a pretty awesome storm cycle that dropped 30+ inches on the Cottonwoods. Needless to say, skiing took priority over work, showers, laundry, emails, phones, internet, computers, and anything else that didn’t involve makin’ turns and drinking beer. My “get-shit-done” mentality walked right out on me and was replaced with an uncontrollable hedonistic alter-ego. To anyone that I blew off this last week – apologies (sorta). If you know me, then I’m sure you’ve already forgiven my powder induced flakiness and understand that when it snows, my ability to pick up my phone ain’t so hot! Water under the bridge baby!

My stupidly awesome week started with frantic texts from my sister at 1:45AM Thursday morning (aka Wednesday night for most of us)…

I woke up with my window shaking from sounds of dynamite at 7-ish that morning and saw the panicked Tori-isms filling my phone screen. After a quickie 10 second call, we knew it was going to just get deeper as the day went on, so there wasn’t a rush to leave the house. I scooped her and Matt up at around 9am, grabbed some bagels and coffee, and headed down Parley’s Canyon towards Little Cottonwood.  The roads were snow covered, my subie was lovin’ life, and Snowbird was in view soon enough. We parked, cruised to the tram, and met up with some friends. Each lap kept getting deeper and deeper as the day went on as people were blown off the resort by the bazillion-MPH wind. It was a total sleeper pow day, and it did NOT disappoint!

At about 2pm, that’s when the magic happened. There were only a handful of people on the mountain and endless free refills, lap after lap! At about 3, we did a quickly hike up Baldy and I got to experience the deepest turns I’ve had in the last 3 years. The conditions were pretty sketchy as it was snowing way heavy and the wind was loading up the terrain so quickly that the 2-3 feet of snow was becoming pretty unstable to be on. But daaaaaaaamn was it good to be in snow that deep and that light. The white room was finally back in the Wasatch! We wrapped up the day at the Tram Club, cheers-ing our beers and enjoying the live band – then headed back to Park City. 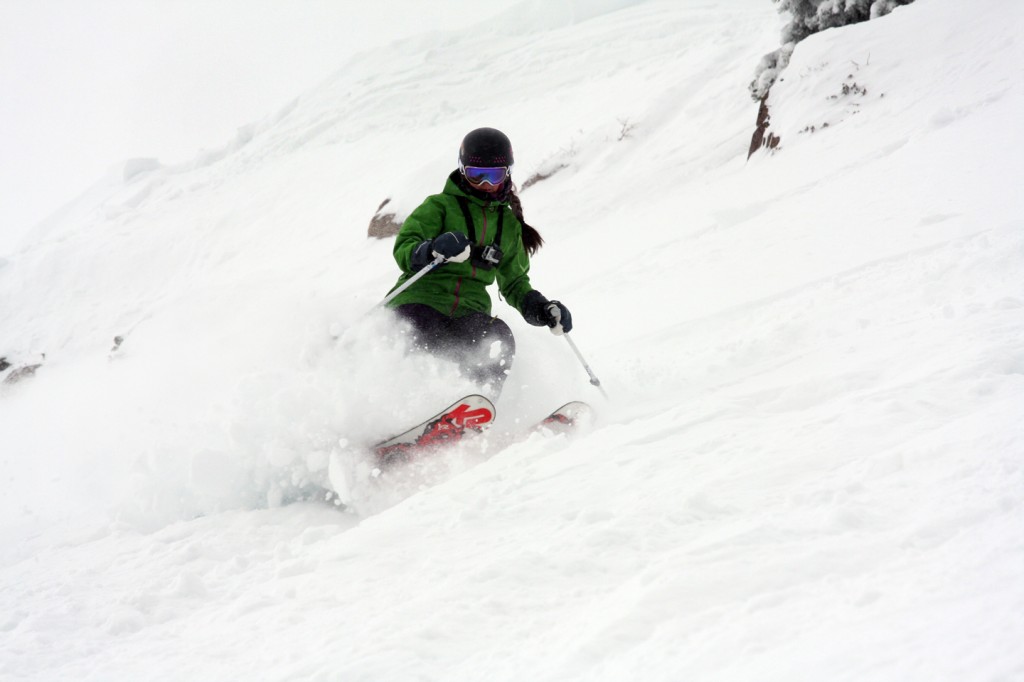 Friday followed suit, with a little less snow, but the same amount of good times. Park City got about 6″ overnight on top of the previous day’s snowfall and I was pretty pumped to take it easy on my legs at PCMR. Kevin and I met up with my dad and spent the morning lapping super soft pow-blanketed bumps. Later in the afternoon, Jupe opened up and there were more freshies to be had. There is truly nothing in the world that makes me as happy as being in the mountains, skiing fresh snow, with my friends and family. It is a pretty simple happy life! I skied till the wind stopped the chairs from turning at about 3:30pm, grabbed a few pints with my dad, and we enjoyed the rest of the day talking about life while chilling in our base-layers. 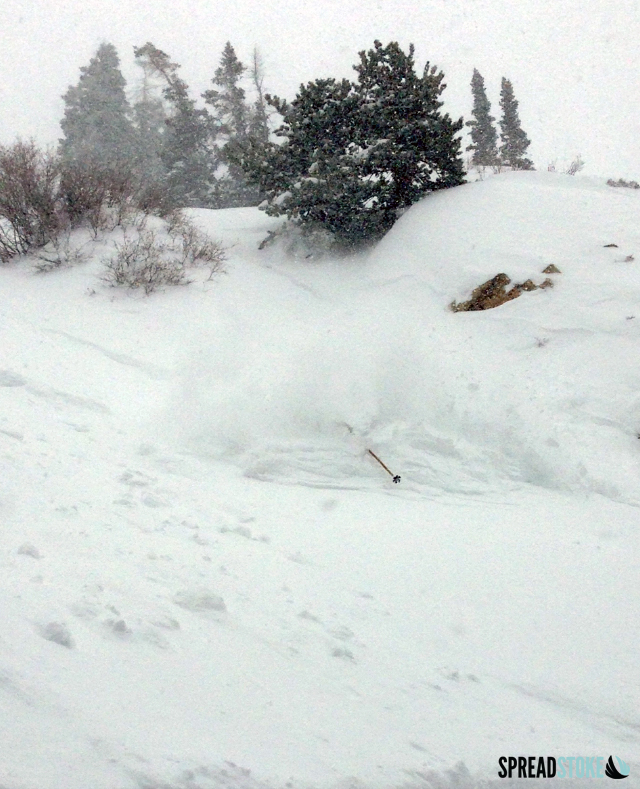 Saturday was a day of rest, and then Sunday followed with more fresh snow, more face shots, some tequila shots (thanks Cindy & Jeff!!!!) and general Snowbird debauchery. Sunday, Kevin and I ran into a ton of different friends, co-workers, and fellow stoke-birds. The snow was deep and soft enough that I finally discovered the balls to jump my first lil cliff (and I do mean mini!). But I was pumped none-the-less and I loved learning more about the terrain as I still don’t know the resort that well. We then completely lost track of time while après-ing and at about 9PM, finally decided it was time to call it a day! On the walk out of El Chanate, we both realized that it had dumped the entire time since we stopped skiing and I knew that we had to return the next morning. Lake effect+Monday+unopened terrain from previous storm days???  Everything else I had planned slipped away. I texted Tori telling her that I’d pick her up bright and early and that she didn’t really have a choice, promising I’d have her back to work by 2PM. 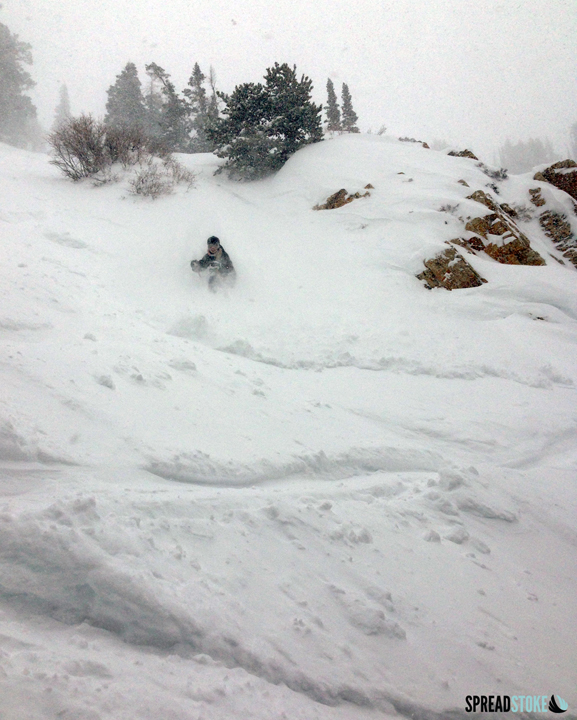 Monday morning came fast and I scooped Tori to cruise back to Little Cottonwood. We had bottomless cirque turns, poked around perfectly filled in shoots, got gassed in the tram (brutal!), and then giggled wildly as we tried to squeeze in as many laps as possible within the 4 hours we had. GREAT…FREAKING…DAY! Shredding around with my sister and fav. ski buddy was a superior way to end the storm cycle! That, and one too many tacos at Lone Star. So delish! 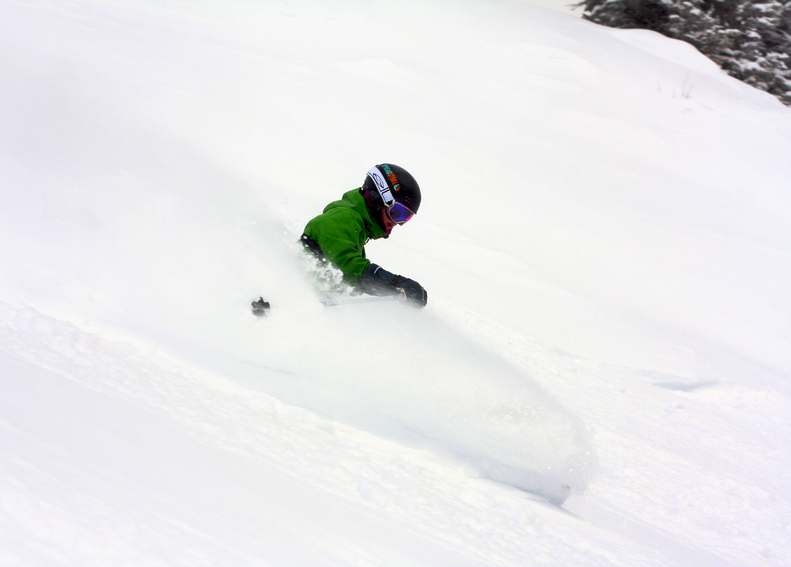 So now it’s back to the waiting game. Here’s to hoping for more snow, a short-lived high pressure system, and working on my tele turns.

One thought on “Hanging out in the Whiteroom at Little Cottonwood”