Wyroaming: the Land of Brawn, Beer, and Burl. A Trip Report to Wild Iris.

The western realm of this country is a vast playground. But we all knew that didn’t we? The conversation of how I could never live in a place like New York City came up again on this trip, and the State of Wyoming drives that nail even harder into my mind.

Not only is the road there a bit wandering and a bit solace, but it crosses some of the most wide open country I’ve experienced. This is the way the pioneers went as they crossed the nation in better prospects, heading northwest to Oregon, in promise of prosperity. The Northwest Passage through the Rockies, an anomaly among otherwise towering peaks.

At the foothills of the Wind River Range, a range that deserves to be explored in the near future, is the nestled crags of Wild Iris. A short shot from Lander, about 20 minutes, and a long way from anywhere else, it’s a bit of a scene, in a good way. 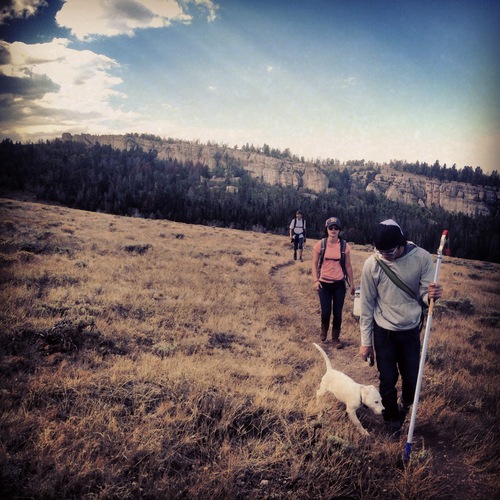 Camping mere minutes from the OK Corral Wall, with, what my girlfriend and buddy referred to as a “gaggle” of puppies, we were amidst the sparse evergreen glade that runs the length of the cliff and offers shade on an otherwise dry hillside. We wasted no time settling in and getting to the good part; the rock clambering!

Also, the beer. If not for climbing, any state touching Utah is defined as the bootlegging source for our malted barley beverages. We loaded up on some WPA (Wyoming Pale Ale) – Scotch Ale, some Dark deliciousness from a local brewery. All hail to the liquid courage!

At the OK Corral, the routes are short. Surprisingly so at first, but what they lack in height, they make up for in climbing. Going guidebook-less we led the pack of puppies to the wall and tried to be inspired by whatever we saw, and to say the least we were. 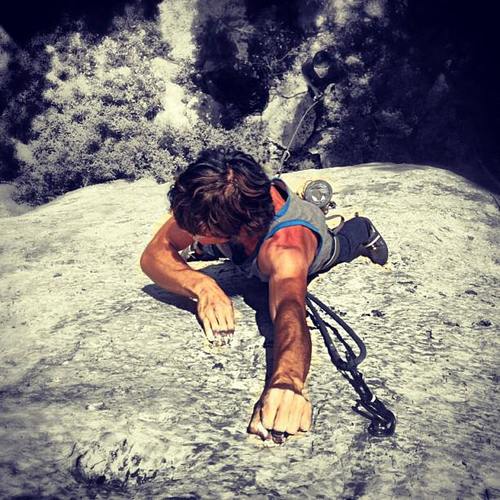 The stone, dolomite limestone, is everything conducive to climbing. Pockets, deep and positive, features for feet, and sporty movement is the soup of the day. Of course, we started the trip off with a no-star warm up. Even devoid of stars, the route climbed well – like an American Fork route minus the polish and people swarm.

And in true fashion the next route climbed was a gear protected hand crack. As much as my friends would love to bash me for it, you can’t just turn down an inspiring natural line. The route climbed well, 9+, wavy and slightly flared hands and fists to an existing anchor above another route. It was probably climbed before, but a First Second Ascent is fine by me. 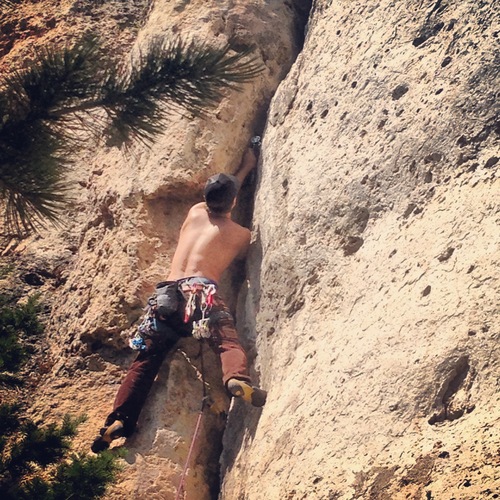 More beer. Then some more climbing, pitches on pitches.

We decided to eat in Lander that night, we chose the Mexican restaurant. Pitchers of margarita, Mole enchiladas and chips. Can’t beat it for climbing fuel.

The next day we warmed up at the OK Corral and headed over to the Main Wall, a short jaunt from the main lot. We wanted to try Cowboy Poetry, the namesake route on the wall of the same title, two pitches, 11b to 12a. The first pitch was awesome, good pockets, some slopers, and great movement. Lamwise the brave sacked up and launched up the 5.12a, hucking and sticking the opening dyno moves and finished the short pitch in style. I followed, flailed a bit, but managed. 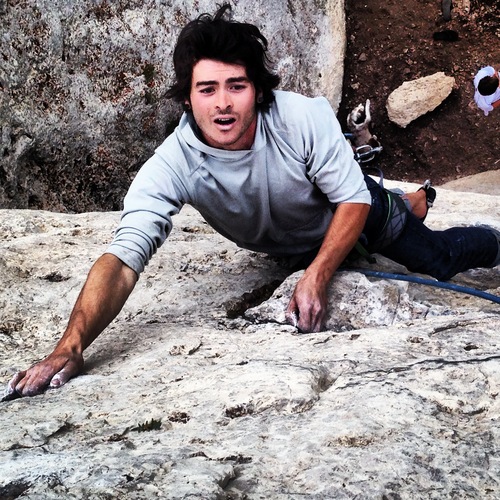 A friend of mine and fellow climber, Derek Newman, and his girlfriend Miranda Girandi, showed up and they joined us at the Zorro Wall, the first established wall at Wild Iris and bolstering some of the best climbing.

Zorro and its easier neighbor Gaucho, offered amazing steep pocket climbing with big moves and fluid movement. We were all enamored by the routes, and enjoyed them as the finishing romps of a good day. 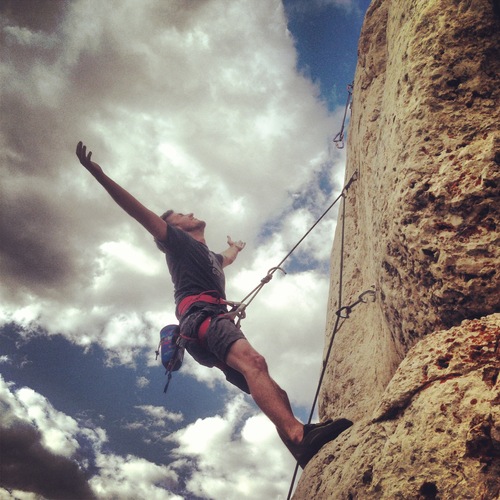 The ability to climb as many routes as you want at Wild Iris is limited to the sustainability of your skin. I was losing my ability to touch anything, by the end of the day it felt as if my hands were dipped in lava. Lam felt the same.

That night we grilled eggplant over the fire, drank copious amounts of beer and shared stories and contemplated future trips. The trick to a good climbing trip is not the destination as so much as the people you are with. It seems you could make a trip out of Dogwood as long as you bring good friends, don’t take this shit seriously, and climb whatever inspires you. 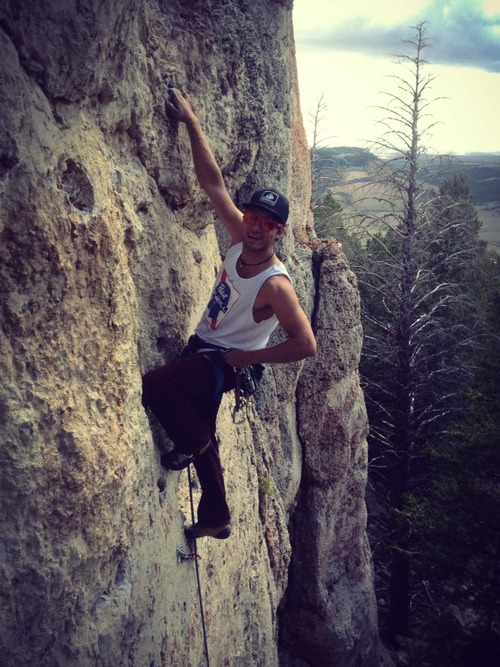 The next day Lamwise and Derek put away a new classic 5.12 at the OK Corral, no excuses on my part but my skin didn’t allow the redpoint. We finished on some good routes and packed up camp amidst the darkening sky.

We capped the trip off with a stop in Atlantic City, not that one, but this little old mining town with a saloon that served up some amazing burgers, fries, and, yes, beer on tap. We were surprised the place wasn’t overrun by climbers, but maybe it will stay our little secret.

I think after climbing gear routes for so long, a trip to a renowned sport climbing destination was well earned?

After all, climbing is climbing, and choss is choss, gravity still designs this sport, but beer and good friends define it.

2 thoughts on “Wyroaming: the Land of Brawn, Beer, and Burl. A Trip Report to Wild Iris.”