This trip was a sobering one for both me and my climbing partner, Jason. Both of us have rather gung-ho attitudes about most of the things we do, and this was not the correct approach for Mount Larrabee. Described as a Class 3 Scramble, it’s supposed to be a moderate to low danger trek up a small vein of quartz in a ravine to the top. Unfortunately for us, we began our approach on a much different route. We began clambering up the South East Ridge, seeings as there was a fairly worn trail headed that way from our camp. 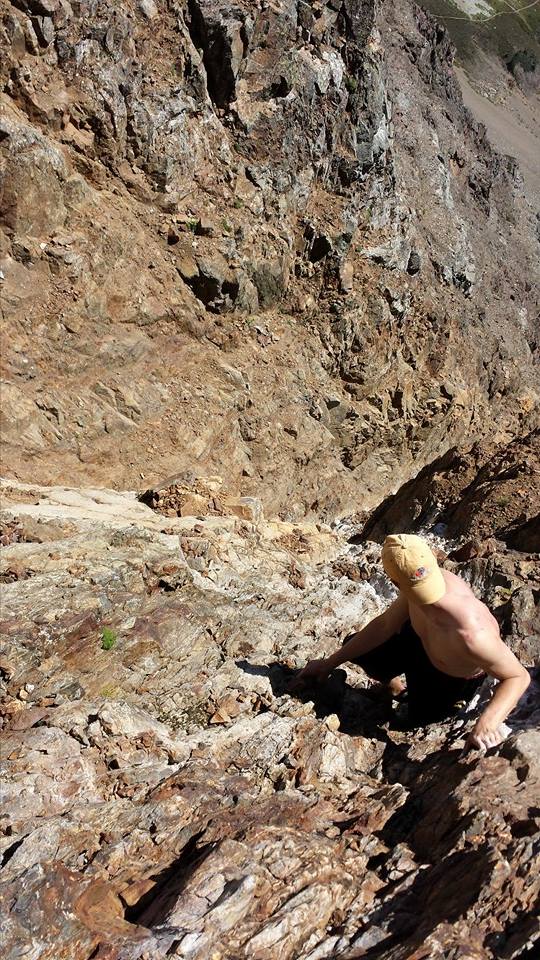 After about a half hour of climbing, we realized that we may have made a bad decision on our choice of route. Around an hour and a half in, we found ourselves on a very near-vertical face, with about a 200 meter traverse to our left to where we could see the correct route up the ravine and a rather sizable (200-300 foot) drop beneath us. Slowly but surely, we edged across the face and finally were able to drop into our correct route. 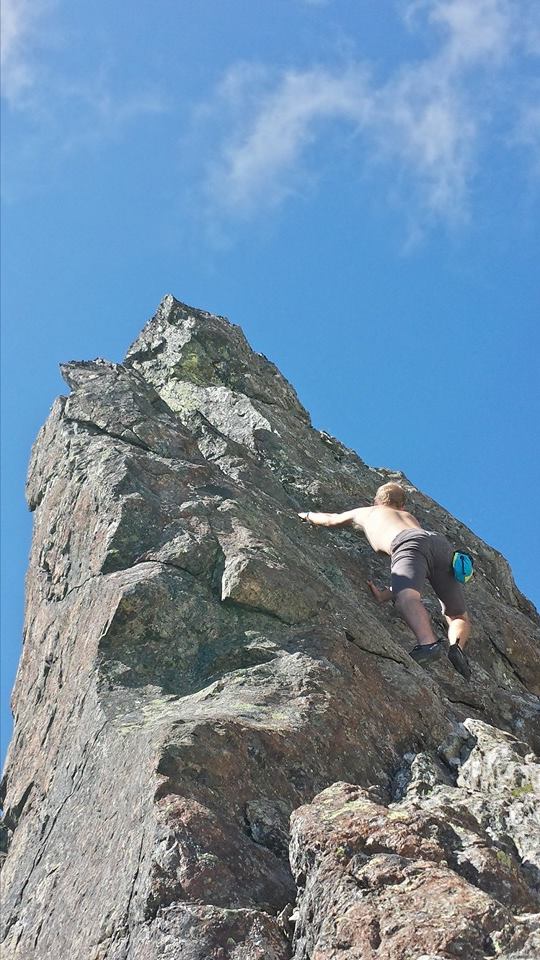 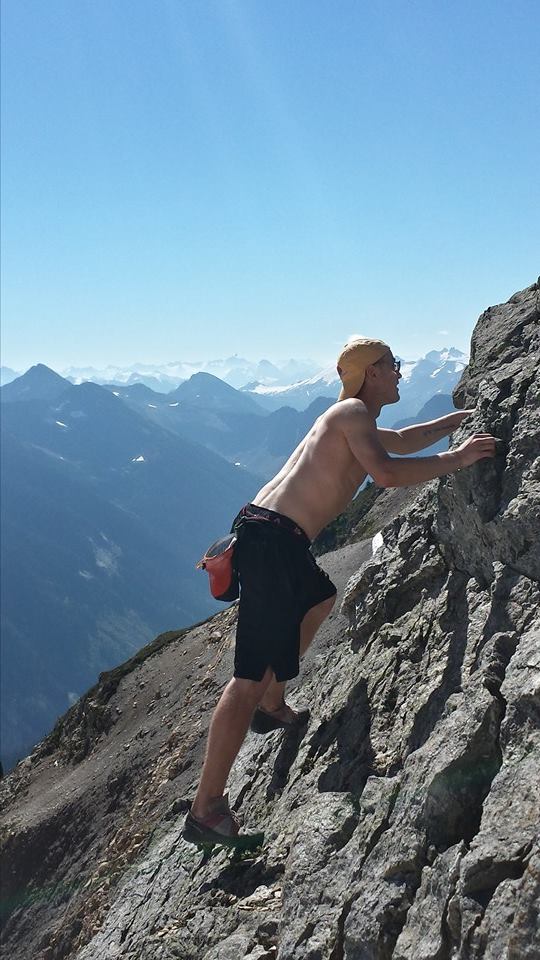 The iron-rich rock of Larrabee has a very pretty red color, but makes for incredibly brittle and treacherous chunks of rock that pull loose without warning; many such chunks fell towards us from above without even being touched. Throughout the entire climb, all it would have taken for one of us to fall (and probably die) would have been a foot hold popping loose. Luckily no such incident happened, and Jason and I had a very rewarding view at the top with a more surefire route to get down. The North Cascades have never looked so beautiful as they did from 7,868 feet with a pretty lucrative ascent in our back pockets; nothing makes you realize how small you are like a mountain. 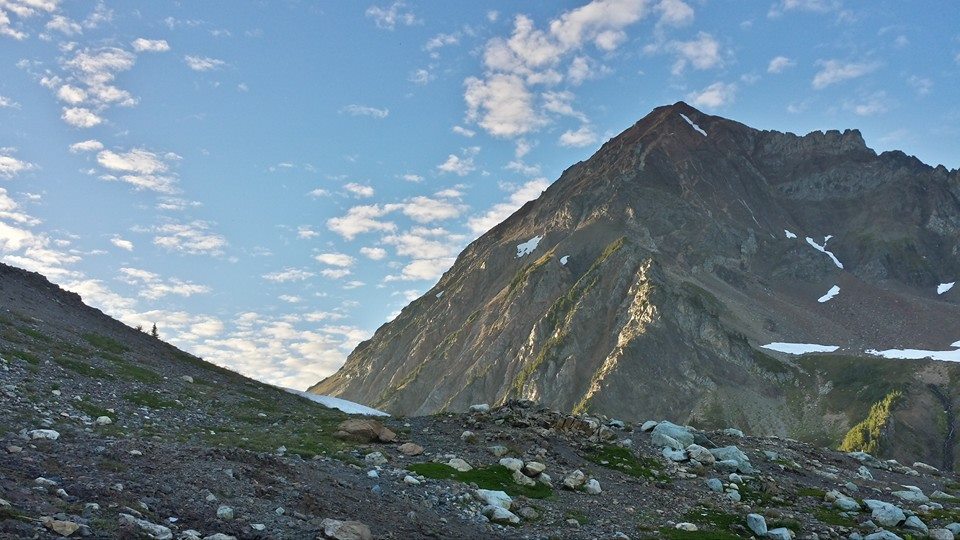 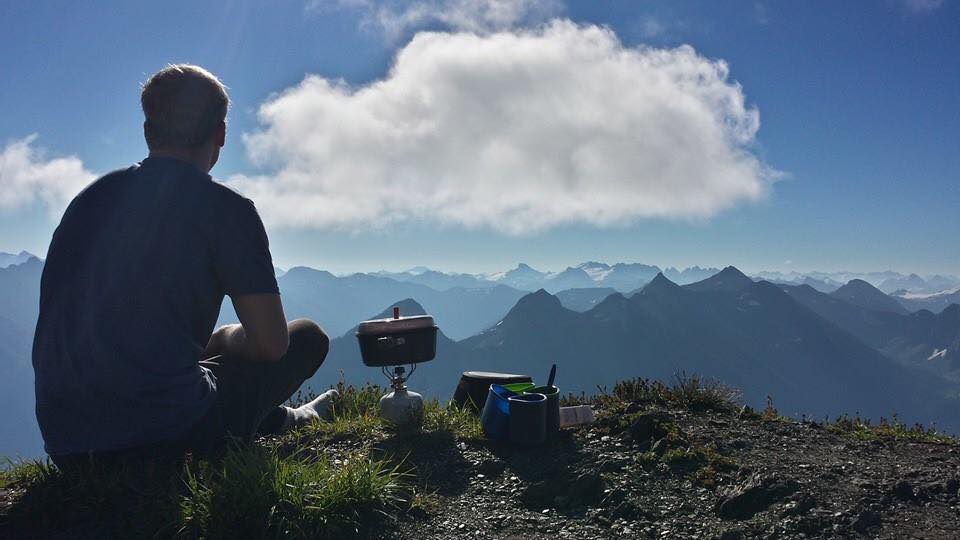 I love a good argument with gravity. PNW born and raised, with a love for the mountains beginning at a young age.
Read More Posts By Kyler |
Follow: