New Zealand is a very young country both in terms of human history and its geology.  It is part of the so-called “Pacific Ring of Fire” – a string of volcanoes and seismically active zones around the Pacific Ocean. For anyone interested in geology and volcanoes, New Zealand is a true paradise, with a long list of volcanic and mountain formations to explore.

The Central Volcanoes of the North Island – Ruapehu, Ngauruhoe and Tongariro are easily accessible. In addition to their geological wonders, they offer terrific hiking, rock climbing in summer and skiing in winter. In this article, I’ll explore just a few of the long list of the Central Volcanoes’ attractions, along with some useful information. 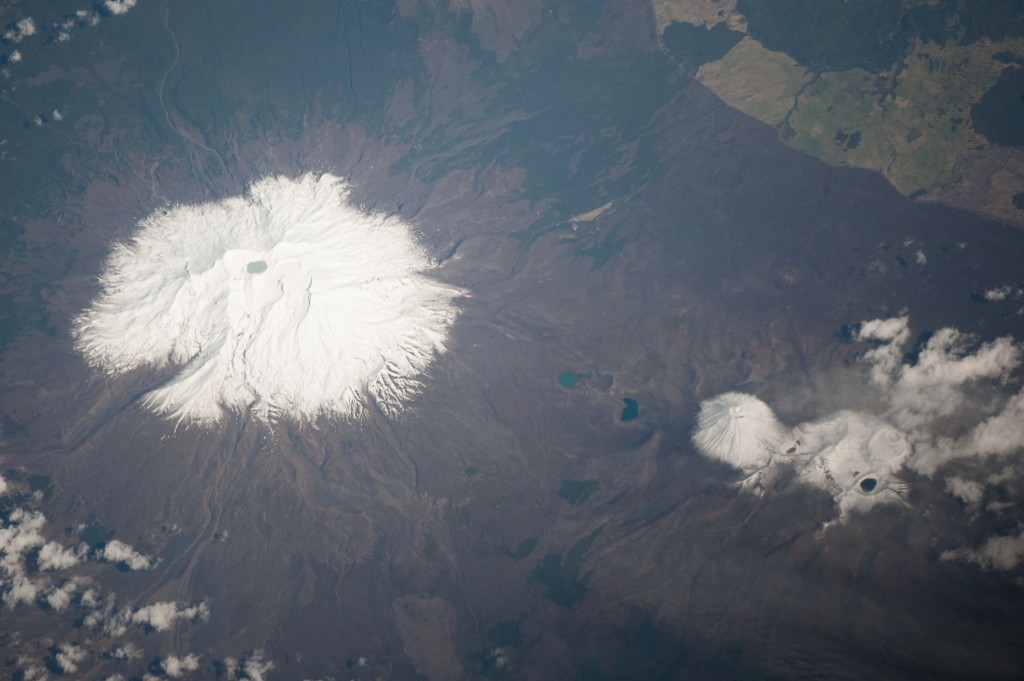 To begin with, the Central Volcanoes are located just south from the Taupo Lake (and township) and are approximately 4-5 hours’ drive south from the Auckland city. They are part of the Tongariro National Park, and more information about the recent conditions, tracks, nature and anything else you might be curious about can be found at the local Department of Conservation offices.

There are several places to stay around Taupo and Turangi, as well as some backcountry huts in the mountains. If you are planning a winter trip, you will probably want to find indoors accommodation, or the weather conditions are likely to be poor.

These three magnificent volcanoes are some of the most prominent land features of the entire North Island, standing tall and unprotected from any of the storms that hit that part of New Zealand. Given their relatively high elevation and high exposure to the elements, the volcanoes are notorious for their fast weather changes that can get you in trouble. It is not uncommon for hikers and skiers to get caught in a complete white-out in a matter of minutes, which with poor preparation might be detrimental.

Before heading out for a hike, even if it is just a short day trip, always make sure to check the mountain weather forecast on metservice, compare the car-park elevation conditions to those higher up, and prepare accordingly. It never hurts to carry a light, waterproof/windproof jacket and an emergency blanket, even in the best of conditions.

The most popular and well known track of the region is called the Tongariro crossing. The popular version is a day trip across the craters of Tongariro, but a longer, multi-day circuit version is also available. The day crossing is a 20 km one-way hike across the incredible rough volcanic terrain with its unique flora, rock formations and spectacular landscapes. The first section of the trail leads you through volcanic flats and ash fields from the recent 2012 eruption. After the first hour or of two of hiking, the trail starts climbing up the crater area. If you want an extra challenge, take a side tour up the Mt Ngauruhoe– a steep scree climb that will take you several hours to get up and 15 minutes to get down.

Continue through the flats until another climb leading to the colourful Red Crater and Emerald Lakes. Excellent photo opportunities will be plentiful at this lunar-like place. The trail passes several other craters and steaming springs until it start descending into a luscious green native forest on the other side. Well worth the day! However, make sure to arrange transport at the end of the track, as it ends on the different side of the mountain. The best is to hike with friends and have two cars, but shuttle options are also available.

We have all seen the Lord of the Rings and know of the mighty ring mission to Mount Doom. Well in fact, you can climb it yourself – the mountain actually exists and it’s called Mt Ngauruhoe. The climb up Ngauruhoe summit is a 3h hike (6 km) from summit crater or approximately 6-7 h (19km) return from Mangatepopo parking area. Most of the climb is up a steep loose rock/scree field, which is extremely exhausting to climb up and very quick and effortless to get down. The views are, needless to say, breath-taking, especially if you get a clear day.

The surrounding landscapes are equally as spectacular, with rough and unique shapes and colours.

Mt Ruapehu is the largest of the three volcanoes with a number of distinct features. One of them, which is well worth the visit, is the Crater Lake. It is a colourful, acidic lake that serves as an indicator for the volcanic mountain activity. Colours vary based on the temperature: from green tones at around 10 degrees C to grey, at 60 degrees C.  The contrasting shades of the lake with colourful volcanic rock, ashes and residual snow makes for a really spectacular view. There are no specific defined routes on the mountain, but given its distinct shape, it is easy to navigate with a help of a map and some common sense. If you are less experienced navigating in mountain terrain, I suggest you find some people who are, or take a GPS device with you, so that you could backtrack your route.

The Central Volcanoes in Winter

Ruapehu is a major skiing mountain, where majority of the New Zealand North Island skiers gather. The Mountain is so massive that it contains three ski resorts – Whakapapa and Turoa being the main ones and a third smaller Tukino ski field. It is also possible to do some ski touring outside and above the ski resorts, and explore locations such as the Central Plateau – an incredibly scenic vast Ruapehu summit area with its peaks framing the white shiny fields.

Ice and mixed climbing is also an option on the Ruapehu mountain, but are both condition-dependent You should consult the New Zealand Alpine Club for more information. 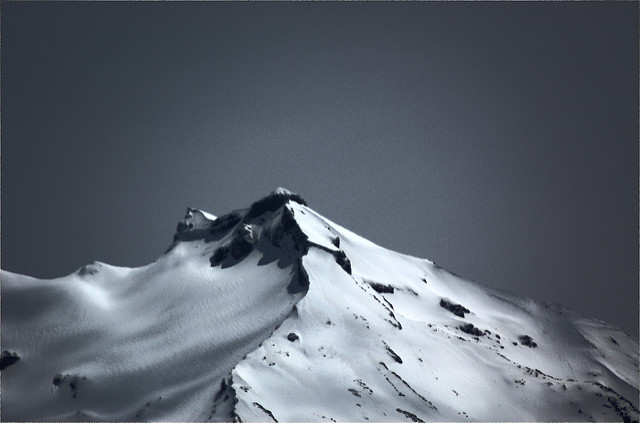 Rock Climbing Around the Central Volcanoes

Where there’s rock, there’s climbing (most of the time). There are several interesting rock climbing options around the Tongariro National Park. Some really good areas include Mangatepopo valley, Whakapapa Gorge and Tukino climbing crags. Most of the climbing in these areas is traditional – requiring gear placements to protect the climb.

The best part about many of the Central Volcano hikes is that they are packed with sights and exciting landforms, but can be done in day, which means that even those visiting for a brief period can have a taste of what it is all about. However, hiking up the volcanoes you are entering alpine environment, and hence you should be ready for any unexpected circumstances. A light backpack for a day will fit food to fuel you for the day (including extra emergency snacks), some extra warm and waterproof layers, a first aid kit with an emergency shelter and sufficient water. Don’t forget a pair of sunnies and sun-block if it’s sunny outside. It’s easy to get severely sunburnt in New Zealand due to the Ozone-layer hole.

The Central Volcanoes of the North Island are an exceptional and a memorable location. The area is famous for its geology, vegetation, scenery and much more.

After you are finished exploring the volcanoes, make sure to stop at the peaceful waters of Lake Taupo. The area is also very rich in cultural heritage and history – a very special treat.

I’m Dan, and I’m the Editor in Chief of True North Athletics. I’m also an avid adventurer, digital nomad and traveler. I enjoy all types of outdoor sports, a good golf tan, and spontaneous weekend trips. I currently live in Brazil where I can be found frequently hiking the rain forest around my city!
Website: http://www.truenorthathletics.com
Read More Posts By Dan |
Follow: