Many, Many Miles of New Mountain Bike Trails in Moab Utah

2014 has been an amazing year for Moab Trail Mix, with the addition of tons of new trails in Moab. After a brilliant Saturday of Take a Kid Mountain Biking Day, perusing the simpler trails in the Klondike Trail System of Moab, loving the fact that a new footpath has opened so the non-biking family members could enjoy access from a single parking lot in the backcountry, you have to shout, “Hail! Moab Trail Mix!”

The volunteer organization Moab Trail Mix has been busy constructing lots of new bike trails. Keep in mind that the agencies of the Bureau of Land Management (BLM), the National Forest Service, the National Park Service, the City, and local bike businesses and riders, all sit at one table and collaborate. The BLM used National Public Lands Day to encourage volunteers to shape a pedestrian path to the Dinosaur Stomping Grounds. It’s in an area that received tremendous press in August 2014. It is a trail that parallels the Mega Steps mountain bike trail in the Klondike Bike Trail System to an expanse of trace fossils. Close by is the Copper Ridge Track Site, and both areas have tracks that are from the Jurassic Period in the fluvial Morrison formation deposit.

The Agate and Chilkoot Pass trails are the right areas for younger children that are new to single track. The success of this trail was measured by the need to get off and walk the bike. Looking for similar rides that have beginner riders in mind? Check out Raven Roll in Dead Horse Point State Park or Rusty Spur in the Moab Brand trails, which are proven to be a hit with younger riders.

Now, onward to the New Trails!

In the La Sal Mountains, standing regal to the east of Moab, the Forest Service completed the Geyser to Burro singletrack trail and Jimmy Keen Flat trail. Get a little respite from the summer heat and pedal these trails in the warmer summer months. La Sal Loop / Moab Front

Back in the canyons below, there is this tally of new mileage:

HyMasa Trail is 2.7 miles of singletrack in the Amasa Back riding area. It is moderately strenuous and requires technical skill, which is the case with the Amasa trails in general. Hymasa is an alternative to get off the brutal jeep route comprised of gruesome ledges. A pit toilet was installed in the Amasa parking lot this year too.

The Klondikes have had the Miner’s Loop completed near the southern parking lot. It is an advanced 1.8 mile loop over a lot of slickrock with twisty turns through pinon-junipers, sweeping by an old mining area. A beginner, one mile loop named Chilkoot Pass was also added. Chilkoot is located off of the Klondike northern parking lot.

The KLONZO II trail system has carnival themed trail names. These 11.3 miles of trail have been added to Moab’s inventory in 2014. It has good beginner, intermediate and intermediate/advanced  pedaling options from a single parking lot. This area is unique: Roller Coaster and Red Hot is intended to be a ‘progressive skills trail’, where the bumps can be rolled or jumped or even avoided altogether.

Navajo Rocks has lept into existence with the completion of 4.4 convoluted miles called Rocky Tops and 3.2 miles of undulating dirt track and sandstone outcrops called Ramblin’. Three more sections are slated for future builds, and will be known as Big Mesa, Big Lonely, and Coney Island trails. This set is situated off of State Road (S.R.) 313. 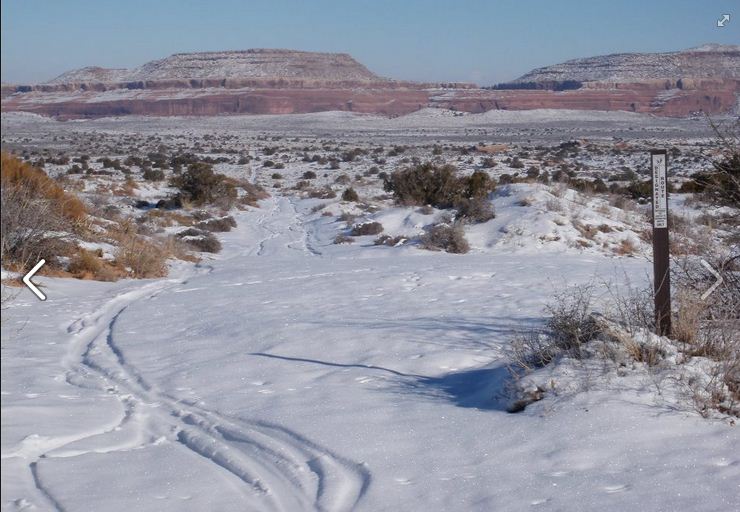 Dead Horse Point State Park installed the first 8 miles of the Intrepid Trails in 2009. Another 8.1 miles were completed at Thanksgiving 2013. The newest loops lay to the west of S.R. 313 in Dead Horse Point State Park, and have been ridden often by travelers in 2014. The park also built three yurts that are now online for reservations. Each sleeps up to six people and is another camping opportunity to add to the tent and RV camping already established within the state park. Plan a mountain bike trip from the yurts!

Transit Hub officially opened, providing parking at the crossroads of the S.R. 128 bike path and the northerly stretching Moab Canyon Pathway to S.R. 313. The hub is also one of the bus stops in Moab for Elevated Transit, a daily bus service connecting Salt Lake City to Moab and farther south to Blanding, Utah.

Finally, a Moab Trails app was released in early spring. Go to the iPhone or Android app store and type in “Moab Trails”. You can also download trail maps from the website DiscoverMoab.com or purchase area maps from local Moab bike shops for $2 for each focus area. The money goes straight to the treasury of the Moab Trail Mix, the volunteer organization building and maintaining many of these bike opportunities in Moab. 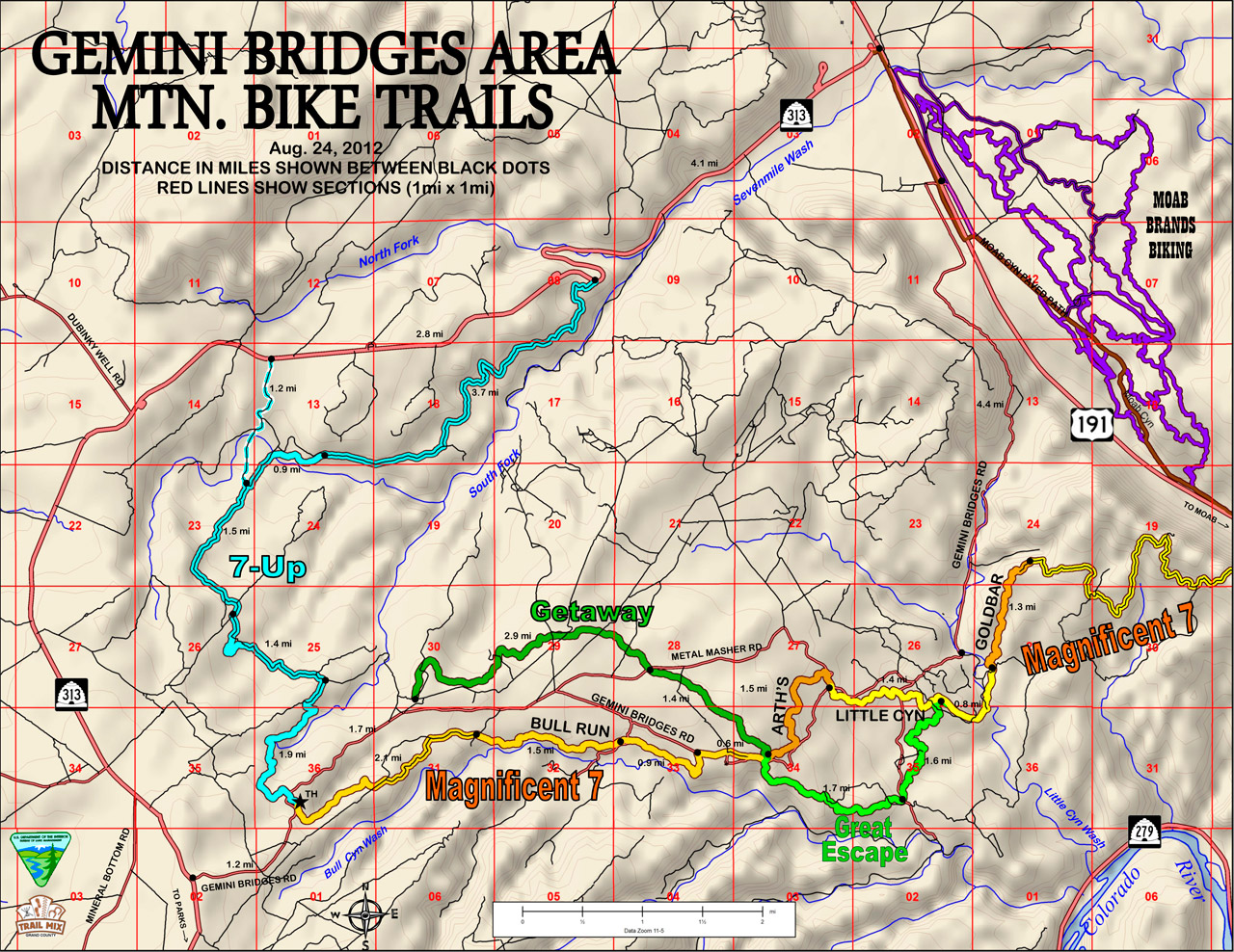 Just in: http://www.outerbike.com has two new 2015 events! Outerbike will have a Spring Moab event, and they are also taking OuterBike to Whistler Canada!